The cost of building these 31 tunnels in Union territories of Jammu & Kashmir and Ladakh will be around Rs 1.4 lakh crore, the road transport and highways minister said.

The Union minister for road transport and highways also said all the projects undertaken by the BJP-led central government should be completed before the 2024 general elections.

He said there will be no compromise on the quality of the construction. 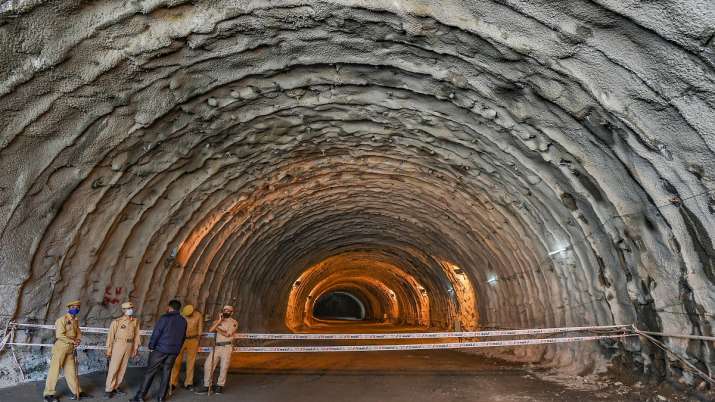 Gadkari also said that in the past two years, the Modi government has been able to do the same amount of work related to road projects in Jammu and Kashmir that earlier took 50 years.

The Z-Morh tunnel between Gagangir and Sonmarg will provide connectivity in all weather conditions between Srinagar in Jammu and Kashmir and Kargil in Ladakh.

The Zojila tunnel between Baltal and Minamarg on the Srinagar-Leh section will provide all-year connectivity between Leh and Srinagar.

“I have told them (executing agency) to complete the work on Zojila tunnel by December 2023 so that Prime Minister (Narendra Modi) inaugurates it before January 26 (2024). The deadline of 2023 is also because we have the (Lok Sabha) polls in 2024,” Gadkari told reporters at a press conference at the tunnel site. 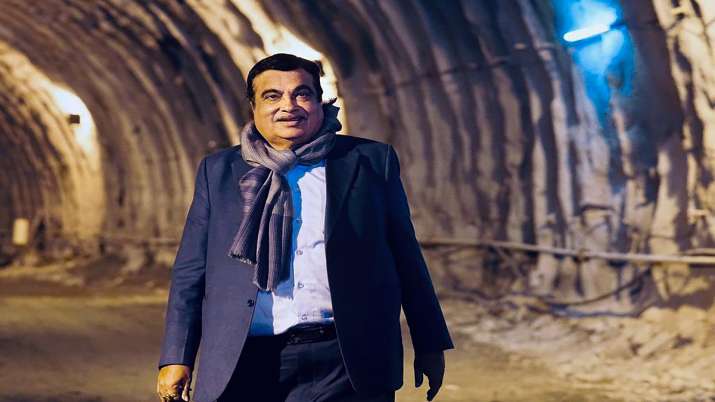 All work should be done before 2024 polls

Gadkari said all the work should be done before 2024 polls, “otherwise people will take us to task”.

The minister said he was happy with the pace and quality of the work on both the projects and congratulated the executing agencies â APCO for the Z-Morh tunnel and MEIL for the Zojila tunnel.

He said that after the completion of the Z-Morh tunnel, the local tourism economy will get a boost.

Gadkari noted that tourism is the sector where 49 per cent of capital expenditure happens on the employment generation.

About the Zojila tunnel, he said it will not only be the longest bi-directional tunnel in Asia but also the world’s highest tunnel at the height of 11,575 feet above the ground.

Saying that there was no such word as impossible in his dictionary, Gadkari said he was sure the fresh deadline would be met on the treacherous landscape.

The Union minister said after the completion of both the tunnel projects, the travel on Srinagar-Leh and Manali-Leh highways would be a lot easier.

“This will be a heaven… This highway is a lifeline for the people (here) and these tunnels will ease their sufferings. The aim is to increase the economic growth, employment potential and promote handloom and handicrafts,” he said. 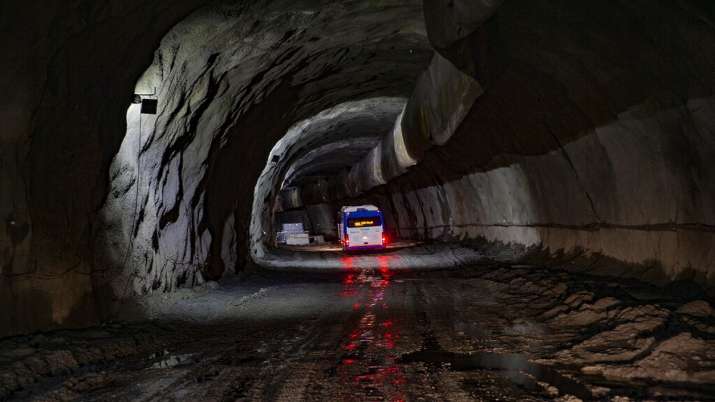 The travel time on these routes will be substantially reduced after the completion of the projects, he added.

The travel time on Zojila pass is 3.5 hours currently but through the tunnel, the journey can be completed within 15 minutes, he said.

“Not only for the people here, the tunnels will also bring ease for the pilgrims of the annual Amarnath Yatra,” he said.

He also said the ministry will study whether a second tube can be added to the project and was also seeing how to further ease the journey to the Holy Cave of Amaranth.

Asked whether the speed of construction work of the Z-Morh tunnel increased after Jammu and Kashmir, and Ladakh became Union territories, Gadkari said, “These issues are for you to evaluate (ye sab baaten apke adhyan aur chintan ke liye hai).” The project cost of the Z-Morh tunnel is Rs 2,300 crore.

The 6.5-km-long Z-Morh tunnel project is under the National Highways and Infrastructure Development Corporation Limited (NHIDCL).

For the Z-Morh tunnel, there is a five-km approach road and the tunnel is 6.5-km long and is bi-directional. It also has an escape tunnel for emergencies.

Gadkari also said he has directed the officials of National Highways and Infrastructure Development Corporation Limited (NHIDCL) to take a beautification project on the Srinagar-Leh and Srinagar-Jammu highways.

He also announced that he will try to organise a conference of travel companies from across the country especially Maharashtra around the tunnel sites.

“It will help bring in tourism to the place,” he said.

Gadkari also said the ministry was studying a proposal to construct a rope-way from Sonamarg to Thajwas glacier and seven lakes to increase the tourism potential in the area.

On a question about the construction works on the Srinagar-Jammu national highway which remains cut off due to landslides every now and then, Gadkari said there have been some problems, but those are being taken care of.

“The consultant on that has failed and we are taking action. More funds have been allotted and we have changed the designs, and the work on it will be completed in the next two years,” he added.

He assured that after two years, the travel time between Srinagar and Jammu will be about three hours.