A massive fire broke out at the Jaisalmer Fort or Sonar Quila (Golden Fort). The blaze was reported at one of its towers.Â

According to the information available, the fire started in debris and spread rapidly. Locals raised alarm as soon as they learned about the incident.

The fire department rushed fire tenders but the narrow lanes in the area prevented them from reaching the site. However, the blaze was brought under control after a firefighting operation that lasted for nearly an hour. 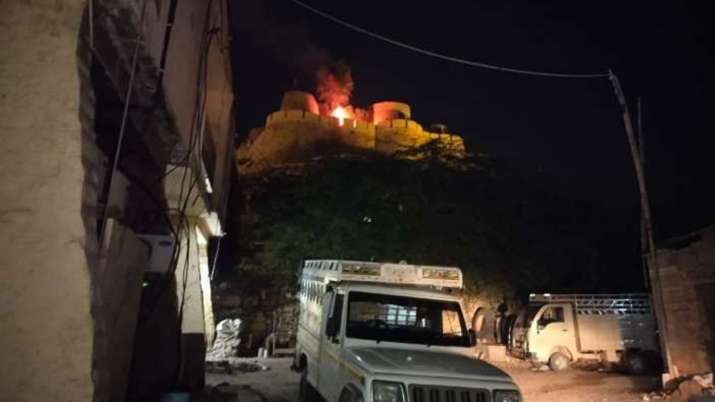 The blaze prompted the evacuation of people from the fort. The fire caused damage to the tower. However, nobody was hurt in the incident.

The Jaisalmer Fort is believed to be one of the very few living forts in the world. Around one-fourth of the old city’s population still resides within the fort.